Comments (0)
Add to wishlistDelete from wishlist
Cite this document
Summary
The author of the paper will begin with the statement that his life is like a frenzied rollercoaster. There are both remarkable ups and incredible downs. Sometimes there are memorable events that the author would like to actually have the power to stop the hands of time so he can relish these moments…
Download full paperFile format: .doc, available for editing
HIDE THIS PAPERGRAB THE BEST PAPER98% of users find it useful 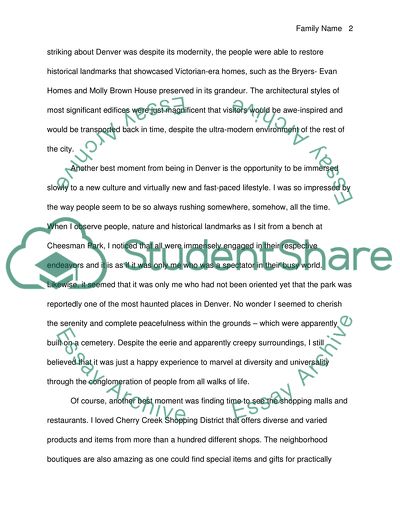 Extract of sample "The Best Moment in Life"

Let us find you another Essay on topic The Best Moment in Life for FREE!