Comments (0)
Add to wishlistDelete from wishlist
Cite this document
Summary
People blindly believe that data is the king. After all, it is just a collection of facts and figures; it is supposed to be objective and without bias, nothing of the aforementioned could be any further from the truth…
Download full paperFile format: .doc, available for editing
HIDE THIS PAPERGRAB THE BEST PAPER94.2% of users find it useful 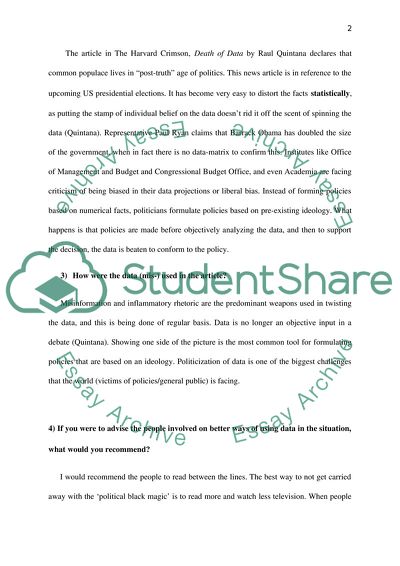