Comments (0)
Add to wishlistDelete from wishlist
Cite this document
Summary
Page 490 of our handbook says that it appropriate to use parentheses to separate material from the main body of a passage or sentence, while brackets are appropriate when one needs to add information into quotations.
4. Page 483 of our handbook says that colons should not be…
Download full paperFile format: .doc, available for editing
HIDE THIS PAPERGRAB THE BEST PAPER97.2% of users find it useful 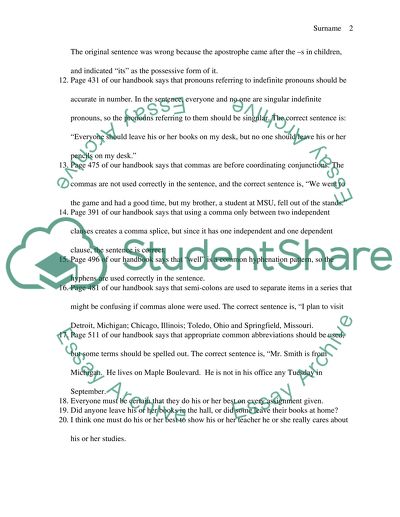