Comments (0)
Add to wishlistDelete from wishlist
Cite this document
Summary
Burma is one of the few countries in the Southeast Asia region, which regrettably has an unpleasant repute of having the largest number of armed ethnic rebellion, as well as a deep-rooted civil resistance to the ruling military establishment. The ethnic insurgencies commenced in…
Download full paperFile format: .doc, available for editing
HIDE THIS PAPERGRAB THE BEST PAPER98.9% of users find it useful 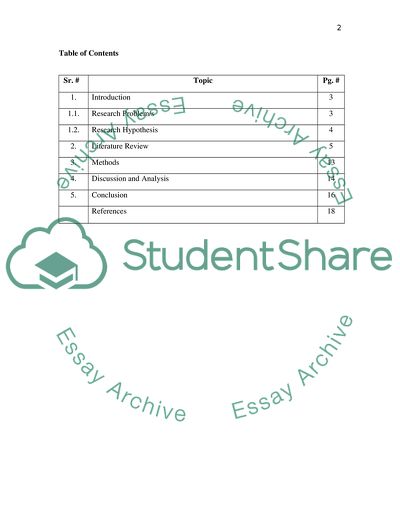 Download file to see previous pages In view of this background, and in addition to the vast body of work which focused on the issues of human security, this research revolves around similar issues, fundamentally striving to sustain the hypothesis, whether or not the human security agenda in Burma, is influenced by nationalist political ideologies based on fear. In the process, various aspects concerning the issue of human security in relation to Burma are scrutinized, including, a deep rooted analysis of the persistent violence in the war torn country; the key reasons behind such clashes; the role of nationalist political ideologies in fuelling such persistent hostility as well as the issues and concerns regarding human security.
Human Security, according to UNDP and World Bank (2004), means "freedom from pervasive threats to peoples rights, safety or lives; embraces the twin objectives of freedom from fear (referring to economic, health, environmental and other threats to peoples well being)."1
The issue of human security is a burgeoning paradigm for comprehending international susceptibilities whose advocates defy the conventional view of national security by contending that the appropriate testimonial for security should be the individual as opposed to the state. The ideology behind human security proposes that a people-centered outlook of security is crucial for ensuring national, regional and global stability. The notion primarily materialized from a post-Cold War, multi-punitive comprehension of security concerning a host of research areas, such as developmental studies, international human relations, tactical studies, as well as human rights.
The widespread application of aggression, hostility, enforced labor, forced recruitment of children and forced immigration, acknowledged in large number of studies, conducted by various humanitarian organizations, ...Download file to see next pagesRead More
Share:
Tags
Cite this document
(“Is the human security agenda influenced by nationalist political Essay”, n.d.)
Is the human security agenda influenced by nationalist political Essay. Retrieved from https://studentshare.org/miscellaneous/1556877-is-the-human-security-agenda-influenced-by-nationalist-political-ideologies-based-on-fear-discuss-in-relation-to-burma

“Is the Human Security Agenda Influenced by Nationalist Political Essay”, n.d. https://studentshare.org/miscellaneous/1556877-is-the-human-security-agenda-influenced-by-nationalist-political-ideologies-based-on-fear-discuss-in-relation-to-burma.
Comments (0)
Click to create a comment or rate a document

Furthermore, the common people were allowed to scribble their thoughts about the incumbent government on the famous Beijing Wall. That is why when Deng came to power he was welcomed by most of the people especially the students, but this reaction of the people was short-lived.
Although Deng did believe that political reform was needed for the sustainable growth of the economy, he made it very clear that these reforms could not in any way bring the western-style democracy in. (Gittings, 2006). China’s conservatives even believe that he defined ‘political reform’ in a very narrow manner. For him, political reform meant something that could help the government in keeping the economy stable and hence motivating...
9 Pages(2250 words)Assignment

The Optional Protocol and Article 38 of the Convention on the Rights of the Child were necessitated by the fact that children participate in conflicts directly by b...
10 Pages(2500 words)Term Paper
sponsored ads
Save Your Time for More Important Things
Let us write or edit the essay on your topic "Is the human security agenda influenced by nationalist political ideologies based on fear Discuss in relation to Burma" with a personal 20% discount.
GRAB THE BEST PAPER

Let us find you another Essay on topic Is the human security agenda influenced by nationalist political ideologies based on fear Discuss in relation to Burma for FREE!