Comments (0)
Add to wishlistDelete from wishlist
Cite this document
Summary
The paper "The Need for Alternative Energy Resource in the UK" states that Different alternative energy fuels are efficient however they have their limitations and mainly based on the natural resources of that country. In such situation development and use of nuclear power is of critical importance…
Download full paperFile format: .doc, available for editing
HIDE THIS PAPERGRAB THE BEST PAPER92.4% of users find it useful 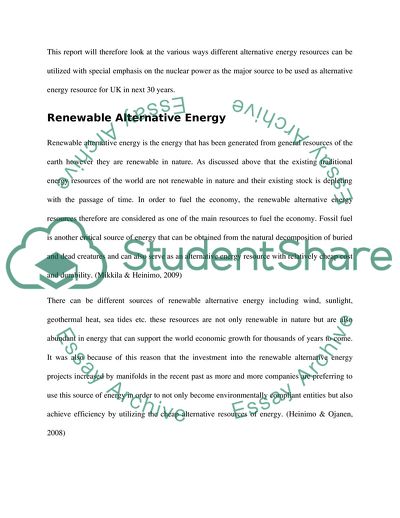 Let us find you another Case Study on topic The Need for Alternative Energy Resource in the UK for FREE!