Comments (0)
Add to wishlistDelete from wishlist
Cite this document
Summary
The essay "Risk Management Occurred by the Natural Disasters" explores pre-emptive evacuation, the search and rescue operation, and recovering activities, the assessment and ongoing management efforts undertaken in response to the devastating effects of Typhoon Ketsana on the Philippines islands and alike disasters…
Download full paperFile format: .doc, available for editing
HIDE THIS PAPERGRAB THE BEST PAPER97.1% of users find it useful 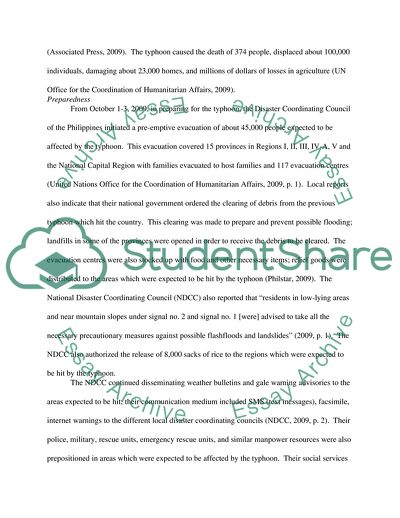 Extract of sample "Risk Management Occurred by the Natural Disasters"

Let us find you another Essay on topic Risk Management Occurred by the Natural Disasters for FREE!