Comments (0)
Add to wishlistDelete from wishlist
Cite this document
Summary
Be sure to also note any special interests or competencies you may possess.
My zeal to implement to understand the true essence of harnessing…
Download full paperFile format: .doc, available for editing
HIDE THIS PAPERGRAB THE BEST PAPER92.5% of users find it useful 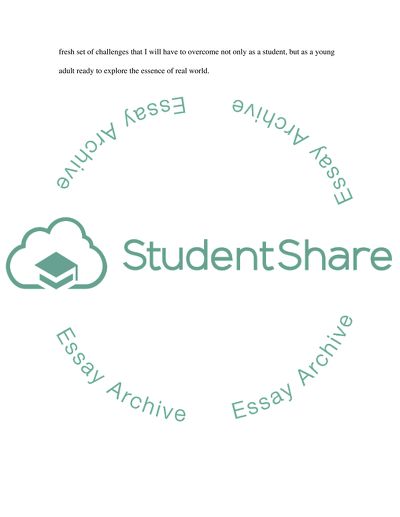 Extract of sample "My Education Philosophy"

A ment describing your background, observational experience, reasons for wanting to be a teacher, and your educational philosophy. Be sure to also note any special interests or competencies you may possess.
My zeal to implement to understand the true essence of harnessing the growth of students has been always the catalyst towards my dream to become a teacher. As a writing teacher, I have truly appreciated the beauty of a symbiotic relationship that is cultivated from a teacher to a student. As a student that was interested in becoming teacher, I have always been a strong believer in creating strong relationships that can foster students. Throughout my life, I have always been prepared and organized in my academic career. I want to be a teacher in order to narrow the gap between theory and practice. The theory and pedagogies that I acquired in the classrooms truly expanded and implemented theories and practices that I can embed in the classrooms. This course explored the roles of the writing tutor, strategies for maintaining interpersonal interaction, and challenges that tutors overcame. As a tutor, it is important to account for the differences in learning styles that are prevalent between students. I feel that the role of the teacher is to act as a facilitator, paving the channels of knowledge, nurture, and creating an environment of collaboration that can truly create an aura of formidable experience for a student. I firmly belief that my academic education along with engagements in peer tutoring is critical towards my pursuit to obtain my education that not only will harness my growth in professional development, but will enable me to gain a better sense of the law that govern society. As a dedicated student, my work ethics along with my superb leadership skills have become the catalyst for my academic success. I look forward to fresh set of challenges that I will have to overcome not only as a student, but as a young adult ready to explore the essence of real world.
I am passionate in teaching and working with children. I am thrilled to have the opportunity to influence a childs life.
Ever since I was a little girl I would dream of having my own classroom. At the age of 5 I started to teach my little brother (who was 2) addition.
Instead of playing with toys my mother would take me to the teachers supply store.
I had my own ‘classroom’ in my house in which consisted of a chalk board and my little brother as my student.
I want to make every child’s life better
I want to be able to encourage them to want to advance in school
I hope to make a strong impact in a childs life
I want to be there for youngsters if they have no one else to turn to
I believe strongly that a smart mind is a terrible thing to waste!!! Read More
Share:
Tags
Cite this document
(“My Education Philosophy Personal Statement Example | Topics and Well Written Essays - 250 words”, n.d.)
Retrieved from https://studentshare.org/education/1584194-my-education-philosophy

CHECK THESE SAMPLES OF My Education Philosophy

My Plan and Ideas

Though he listened and agreed to look into the matter, leaving no space for debate over the feasibility of the idea, it was quite clear from his notions that he had a deaf ear to it and would neglect it with no respect. The indifference was not a surprise to me, as this new platform was the idea of VP himself, and he had devoted lots of energy and also consumed HR and other resources from the company at large. The idea also already had enjoyed many publicity campaigns.
My professional integrity inspired me not to get discouraged and to pursue the issue through a different perceptive. I shared ideas with colleagues and brainstormed together over the situation. Though they strongly supported the integrity of the idea, they were...
8 Pages(2000 words)Admission/Application Essay

Also, I would like to know which of these activities are age-appropriate for the children, and whether the activities are going to improve their concentration and how long each activity is going to keep their interest. Additionally, I would like to improve the activity to make it better the next time it is repeated.
Furthermore, I would be keen to learn what language would be most effective to use to help children understand so that they are able to comprehend, follow instructions and ask questions. I would also assess them to see how previous knowledge can help them in new activities.
I would liaise with the class teachers in planning and delivering lessons through the interactive whiteboard (IWB). This will be helpful...
7 Pages(1750 words)Personal Statement

Jean Jacques Rousseau (1712 to 1778) was a Genevois philosopher. Besides that, he was a writer and a composer of romanticism. His philosophies were very influential so much so that they were considered to have triggered the French...
7 Pages(1750 words)Coursework

My Expectations for Counselling Work Placement

Emotional trauma and physical trauma are two different types of trauma. However, they are not mutually exclusive. They may or may not be related depending on the context of the situation. For example, wounds from physical trauma like a gunshot wound may eventually heal. However, the emotional impact of the incident may last him long. It will take him time before he comes out. The emotional wounds and repercussions of the traumatic event may be long-lasting. Thus, psychological trauma can take years to rebound. If it’s left untreated and unresolved, it can become more devastating than the physical wounds. It can’t be left unattended and should be dealt with immediately.

In my first counseling work placement,...
7 Pages(1750 words)Essay
sponsored ads
Save Your Time for More Important Things
Let us write or edit the personal statement on your topic "My Education Philosophy" with a personal 20% discount.
GRAB THE BEST PAPER

Let us find you another Personal Statement on topic My Education Philosophy for FREE!