Comments (0)
Add to wishlistDelete from wishlist
Cite this document
Summary
The paper presented the reality that there is much to do in nursing as nurses face the challenge of treating patients with mental illness humanely, and fairly. The dignity and humanity of the patients should be upheld at all times for the nurse-patient relationship is a human interaction during condition of vulnerability…
Download full paperFile format: .doc, available for editing
HIDE THIS PAPERGRAB THE BEST PAPER97.3% of users find it useful 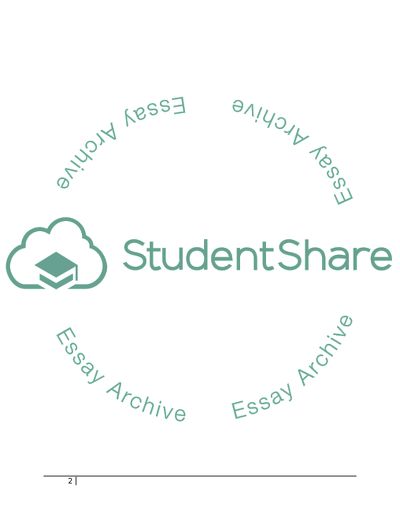 Download file to see previous pages The intention of this study is mental illness as one of the major concerns in global disease burden. It has a significant impact in the quality of life of people suffering from mental illness and yet there is the prevalence of low levels of treatment seeking and follow-through among patients. This situation poses a crucial concern since it places patients in higher risks, and at the same time, it curtails the effort of heath care providers, such as nurses, in giving the appropriate care to mentally ill patients. One major identified reason why mentally ill patients do not seek treatment or attend follow up is stigma. Stigma is ‘a social construction that defines people in terms of a distinguishing characteristic or mark and devalues them as a consequence’. The categories create an invisible demarcation separating people with the distinguishing mark from those who do not. However, it is not just attributes but language, labelling, also plays a critical role in fortifying the distinction As such, stigma perpetuates the divide between the person that is labelled as deviant from the person that is deemed normal. In this context, stigma is ‘a collection of negative attitudes, beliefs, thoughts, and behaviors that influence the individual, or the general public, to fear, reject, avoid, be prejudiced, and discriminate against people with mental disorders’. Thus, stigma contributes to the continued exclusion and dehumanisation of people who are suffering from mental illness....
In this regard, this study intends to address the question what are the effects of stigma on people with mental illness in the UK? Rationale Stigma is one of the major reasons why people with mental disorders does not seek treatment, are reluctant in attending follow through and are experiencing continued exclusion and dwindling quality of life (Lauber & Satorious 2007; Pinto-Foltz & Logsdon 2008; Ross & Goldner 2009). This condition gives rise to the urgency of the need to attain a better understanding of the effects of stigma to people who are suffering from mental disorders. This is essential in order to authentically address their predicament, and create a platform wherein their voices may be expressed and heard. In addition, this study is vital as it helps in clarifying the possible role of nursing in de-stigmatisation of people with mental illness. Aims and Objectives Recognising the significant influences of stigma in the life of people with mental illness and its implications in the nursing practise, the research aims the following. To identify the effect of stigma to people with mental disorders To determine the approaches being undertaken to address the issue of stigma vis-a-vis mental illness To establish the role of nurses in stigmatisation and de-stigmatisation of patients with mental illness To understand the function of language in the context of stigma To know the extent of the changes in the perception of stigma vis-a-vis people with mental disorders Overview Fig. 1 Overview As stigma is a social construct and phenomenon that afflicts and affects the life of people with mental disorders, it also influences the family, community, health care providers and ...Download file to see next pagesRead More
Share:
Tags
Cite this document
(“Effect of stigma on people with mental illness in the UK Dissertation”, n.d.)
Retrieved from https://studentshare.org/nursing/1393768-effect-of-stigma-on-people-with-mental-illness-in-the-uk

The term clinical governance gained importance following the high mortality rate for pediatric cardiac surgery at the Bristol Royal Infirmary. The incident led to the formation by the government in 1998 of the Kennedy Commission, which proved a turning point in overhauling the NHS (Kennedy, 2001). The commission’s final report recommended that change “can only be brought about with the willing...
11 Pages(2750 words)Term Paper
sponsored ads
Save Your Time for More Important Things
Let us write or edit the dissertation on your topic "Effect of stigma on people with mental illness in the UK" with a personal 20% discount.
GRAB THE BEST PAPER

Let us find you another Dissertation on topic Effect of stigma on people with mental illness in the UK for FREE!