Comments (0)
Add to wishlist Delete from wishlist
Cite this document
Summary
In the following paper the researcher will attempt to examine and present the provision of international, European community and domestic laws sought to reconcile the objective of environmental protection with that of continued economic growth. …
Download full paper File format: .doc, available for editing
HIDE THIS PAPERGRAB THE BEST PAPER96.2% of users find it useful 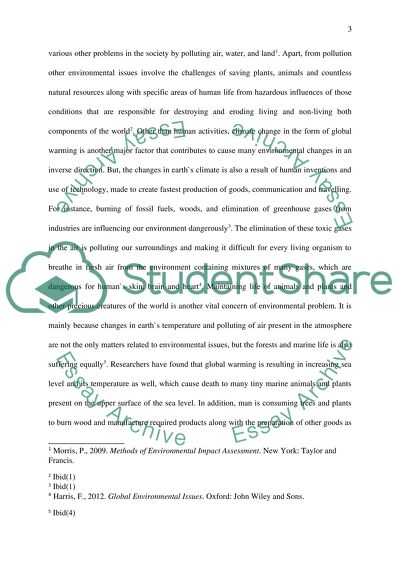 Download file to see previous pages The paper tells that today, it is an era of various environmental issues that have emerged in our society because of the technological advancement, man has made for ease and comfort. There are numerous environmental problems, which have become a part of our world today causing other hazardous situation for the people living in the society. Environmental laws have been proposed by the concerned authorities to address the problem in most efficient manner. Problems relate to environment are not only confined to local regions, but this problem has reached up to global level adding complexities in daily routine of people and imposing further health related issues at other side. Environmentalists and experts from all over the world have considered it an important issue that could create more problems for all living organisms. They have suggested various suitable methods and strategic tools to deal with the problems of environment without increasing risk factors for any other problem. Concerned professionals have made environmental laws, comprise of crucial interlocking figures in the form of treaties, rules, conventions, and other statutes that organized and maintain a bond between people and the natural atmosphere, where they live. All environmental issues have resulted from human activities and inventions. At one side, there are several problems related to environment, but the core issue is termed as pollution, an undesirable and intolerable situation around living environment, which gives birth to various other problems in the society by polluting air, water, and land. 1. Apart, from pollution other environmental issues involve the challenges of saving plants, animals and countless natural resources along with specific areas of human life from hazardous influences of those conditions that are responsible for destroying and eroding living and non-living both components of the world2. Other than human activities, climate change in the form of global warming is another major factor that contributes to cause many environmental changes in an inverse direction. But, the changes in earth`s climate is also a result of human inventions and use of technology, made to create fastest production of goods, communication and travelling. For instance, burning of fossil fuels, woods, and elimination of greenhouse gases from industries are influencing our environment dangerously3. The elimination of these toxic gases in the air is polluting our surroundings and making it difficult for every living organism to breathe in fresh air from the environment containing mixtures of many gases, which are dangerous for human`s skin, brain and heart4. Maintaining life of animals and plants and other precious creatures of the world is another vital concern of environmental problem. It is mainly because changes in earth`s temperature and polluting of air present in the atmosphere are not the only matters related to environmental issues, but the forests and marine life is also suffering equally5. Researchers have found that global warming is resulting in increasing sea level and its temperature as well, which cause death to many tiny marine animals and plants present on the upper surface of the sea level. In addition, man is consuming trees and plants to burn wood and manufacture required products along with the preparation of other goods as well such as, rubber, glue, medicines, food, and many more6. In this way, methods of deforestation are contributing to remove those natural sources that purify our environment by ...Download file to see next pages Read More
Share:
Tags
Cite this document
(“Environmental Problems and Role of International, European Community, Essay”, n.d.)
Retrieved from https://studentshare.org/law/1394653-environmental-problems-and-role-of-international-european-community-and-domestic-laws-for-environment-protection

CHECK THESE SAMPLES OF Environmental Problems and Role of International, European Community, and Domestic Laws for Environment Protection

An ethical scenario arose during my first six months in this management role involving a 21-year-old employee who I witnessed smoking pot in the parking lot over lunch break. This scenario demanded that I consider the needs of the employee, as well as satisfying my obligations for enforcing the strict drug use policy administered at the senior levels of the company. This project describes the ethical scenario in detail, offering personal reflections on the incident as well as suggesting an ethical framework for handling situations like this in the future.
The situation which occurred had a young worker smoking pot on his lunch break on the company grounds. This, according to policy, is a termination offense and it is expected...
7 Pages (1750 words) Case Study
sponsored ads
Save Your Time for More Important Things
Let us write or edit the essay on your topic "Environmental Problems and Role of International, European Community, and Domestic Laws for Environment Protection" with a personal 20% discount.
GRAB THE BEST PAPER

Let us find you another Essay on topic Environmental Problems and Role of International, European Community, and Domestic Laws for Environment Protection for FREE!