Comments (0)
Add to wishlistDelete from wishlist
Cite this document
Summary
The paper "Roman Impact on Western Culture" focuses on the Roman society that has had the most impact on Western society because the Roman ideals are still being followed to this day. The author of the paper analyses the Roman rituals, arts, and architecture in particular…
Download full paperFile format: .doc, available for editing
HIDE THIS PAPERGRAB THE BEST PAPER92.1% of users find it useful 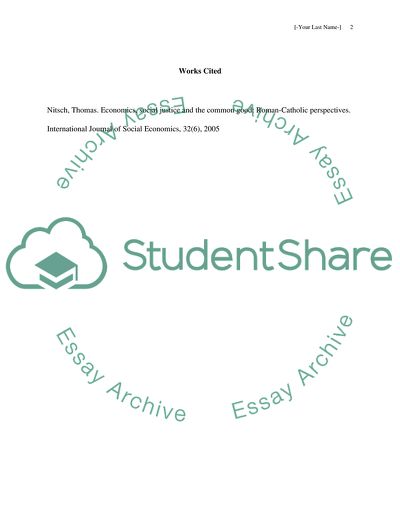 The religion within the Roman Empire was comprised of Christians and hence Christianity was the single most common religion of the time. The system of laws that were in place relied heavily on how the Christian practices were deciphered and the same was then translated into the olden times. The Roman society first remained as the Roman Kingdom and then turned into the Roman Republic but ended on the Roman Empire (Nitsch, 2005). The Roman society was highly sophisticated within the military and political arenas, and the same is the case in the times much like today.

CHECK THESE SAMPLES OF Roman Impact on Western Culture

...civilization has had a great impact on the modern world. Impact on Law and Political System The major influence of Roman civilization on modern world was the Roman law. The Roman law distinguished between public law and private law which we can see in the modern law constitution. This is the basis of Western law and is known as civil law. Also the private international law is also influenced by the Roman law. In Roman civilization, they practiced jury trials, same as today’s’ practice. The Roman can also be credited with many defense techniques practiced by the modern people. The concept...
5 Pages(1250 words)Essay

The rise of Christianity was important to the growth of the late Roman period. How did the Church help continue civilization after the fall of the Western Empire

..., Christianity had become the official religion in the Roman Empire. Ever since then, the Christianity and Catholic Church played a significant role in establishing and forming the Western Society. Throughout the history of the Catholic Church, it has been seen as a source of inspiration of social services such as medical care and schooling, inspiration for the Western culture, philosophy, and art, influential for religion and politics. The Church has affected the ways and attitudes of the Western society in a variety of diverse fields over the course of centuries. The Church has spread the teachings of Jesus and linked the modern culture...
5 Pages(1250 words)Research Paper
sponsored ads
Save Your Time for More Important Things
Let us write or edit the essay on your topic "Roman Impact on Western Culture" with a personal 20% discount.
GRAB THE BEST PAPER

Let us find you another Essay on topic Roman Impact on Western Culture for FREE!