Comments (0)
Add to wishlistDelete from wishlist
Cite this document
Summary
The essay "What Do World Bank and Multinational Corporations Do to the Environment?" investigates how World Bank, IMF, and multinational corporations have given rise to environmental problems in Third nations through their commercial interests, a pretension to be environment-friendly and partnerships with NGOs for double material benefits…
Download full paperFile format: .doc, available for editing
HIDE THIS PAPERGRAB THE BEST PAPER93.1% of users find it useful 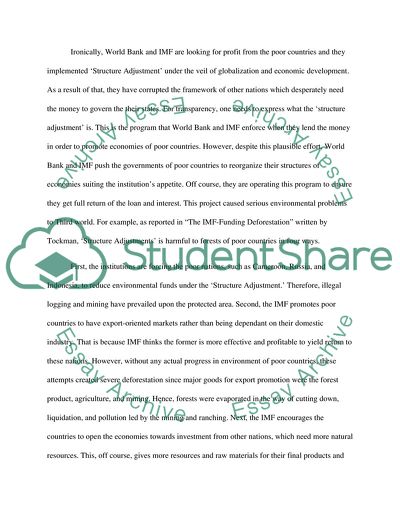 Let us find you another Essay on topic What Do World Bank and Multinational Corporations Do to the Environment for FREE!