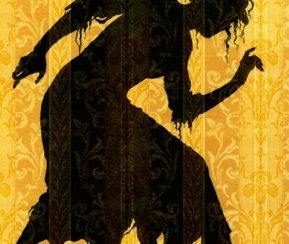 The Yellow Wallpaper is a short story written by American writer Charlotte Perkins Gilman, published in 1892 in The New England Magazine. It is considered to be an essential early work of American feminist literature.

It is a 6000 words novel, a thrilling first-person narrative, written in the form of a secret journal. The narrator appears to be a woman held in a room with yellow wallpaper suffering from postpartum depression.

Gilman wrote the novel after she herself went through postpartum psychosis. So, the writing is considered to be an autobiography.

The novel has a pretty vivid structure, so it is hard to say what is the actual beginning of the story. The chain of events is mixed, as in the mind of a madman.

The narrator is a young woman, placed in a room with yellow wallpapers. She considers herself to be sick and suffer from some sort of mental disease. The other hero of the novel, John, is a husband of the narrator. He is a doctor, who continually doubts that Jane, his wife, is actually sick. He prescribes her fresh air and proper rest.

Thus they rent a house far from city and friends and move there with their newborn baby. By the way, the baby is mentioned in the novel, but it never appears to play any role in the life of the narrator. Most probably, a baby only gives the reader a hint of Jane’s postpartum depression.

Jane starts writing a series of entries in a journal. She has to keep it secret, as her husband forbids her to work or reflect upon her feelings. He always claims she has made up her sickness and begs her to stop imagining.

Still, Jane thinks she feels better when she writes about her feelings. She cannot make it often, as there are two people almost always watching her. Therefore, the entries are few and seem to be written with a significant time lag.

Jane feels there is something wrong about the house, but her husband ignores ‘that nonsense.’ She is trying to convince him to take the room on the ground floor, where she saw ‘roses all over the window.’ But John insists they take the room on the top floor of the house. Even though the room has a beautiful view from the window, it has iron bars upon it. And ugly yellow wallpapers cover the walls, somewhere they also got torn or damaged. Those wallpapers become the obsession of the narrator, as she spends a lot of time in that room.

She depicts those wallpapers in her journal by using violent and picturesque imagery. Once she comes up with the idea that there is a woman imprisoned inside the ornate wallpaper design. Jane becomes obsessed about catching her.

The whole stay in the house with the yellow wallpaper room the narrator is feeling herself stressed and too nervous to see her child. Also, she suffers from overall weakness and blames herself for behaving not in a way her husband would want her to.

Her obsession with the wallpapers evolves. She suspects that the woman inside the wallpaper moves at night and stays still in the daylight. Once John sees her waking up at night and checking whether the figure is moving. She begs him to take her away, but he refuses, as there are only three weeks left to stay.

That becomes the time of highest obsession with the wallpaper. The narrator restores her energy, sees the woman getting out of the wallpaper and crawling all around the house and the backyard. She follows the figure and thinks that her husband and Jennie, who is taking care of their baby, both have also noticed the figure from the wallpaper.

At the very end of their stay in the house, Jane spends the whole night tearing down the wallpapers from the wall to let the figure out of it. When John returns home, he finds Jane creeping all around the room, telling him he can no longer hold her within the yellow wallpapers’ ornate.