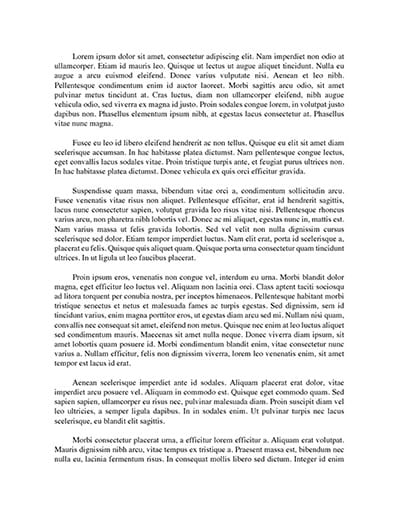 Illusion: The Adventures of a Reluctant Messiah

The first time I encountered Illusions by Richard Bach, I had this amazing impression when you discover some unique ideas in one book. I should say I deeply admired the book despite some episodes which were too complicated to understand. In my opinion, two most fascinating elements of human nature are feelings and thoughts. Illusions is a perfect almanac of these two intersections.

What Issues Are Raised?

Thus, all those who wish to learn how our brain works and get some explanations to a simple question: "What made me do that?", get through Illusion experience with us.

What makes Bach’s stories original is the way he delivers the primary message to the reader. Instead of preaching, he uses cajoles and questions. Of course, he provides answers afterwards. Richard Bach presents the idea of life spreading beyond what is known as restrictions imposed by the human physical body. The entire book focuses on the journey and observations of two different pilots flying their biplanes. They wish to explore things from various perspectives by achieving particular destinations. They try to surpass their mental boundaries throughout the text. Just like a reluctant Messiah, Bach often imposes different doubtful, senseless questions. However, his answers make sense.

Bach tries to connect Eastern and Western philosophies. I would call his attempt an acceptable immersion into Eastern philosophy with a completely Western outlook. It helps to comprehend the other part of the world better. The author contrasts Western and Eastern ideologies to show how realism differs from blind faith.

He explains what he means in a book with the following words:

“Learn what the magician knows, and nothing is magic anymore”.

So, is it just another call to atheism or sober mind manifestation? There is no single and direct answer to this question. Yet when Bach compares illusion with the movie saying that we all are viewers of our lives who are caught up emotionally, we realize that emotions are the main blinders. In other words, people create own stories and put them into life just as movie directors do. It means that the illusory reality we live in can be better but there'll be always someone who sees its phantom side.

Every reader can find own sense in this book regarding own life values and beliefs. For instance, I have heard about “rivers of time” before, but it was always hard to capture the main idea of this phrase. Now I understand it as those events or moments that can flow or stop along with the flow of our lives. People usually think they can grab some precious moments once again, but the fact is that anything truly precious can't be repeated once again. And we must value every minute to feel its uniqueness.

I do share Bach’s concept that “we are all free to do whatever we want to do” (Bach, p. 109). This is how we should feel to create and produce something special. And I suppose most of the Western minds follow this principle as the Eastern population has more restrictions and obligations. It might be cunning but crucial distinction from the broadly accepted philosophy of freedom. As for our present world of high-tech innovations, this kind of freedom still implies responsibility as well as honor and justice.

Despite our flaming desires, the rivers of time keep moving on.

Bach's main viewpoint is that we all create invisible chains that block our minds and imagination.

Humanity could achieve more without eracting too many barriers and senseless rules. The author wisely points out that we consider “reality” as the product of our subjective mind. Yet it has nothing to do with what life stands for. And when we call ourselves free it can be a kind of self-deception because freedom seekers are unable to break the chains completely. Almost every human being has some list of prejudices and concerns about what is right and wrong to do. And thus, it stops us from pursuing bigger aims.

The Personal God and the Mixture of Ideologies

As for the main characters, who are two pilots with different views, those are Richard Bach himself and Donald Shimoda, a master and a disciple respectively. Bach positions himself as Messiah, modestly comparing himself with Jesus. Donald Shimoda is a separate entity from Richard. He is rather a learner. They are so similar yet different. They are both pilots from the mid-West America. Messiah’s Handbook, given by Shimoda to Bach in the beginning, reflects Eastern wisdom and philosophy. It has no pages as it aims to answer any question in our mind. Eastern philosophy claims that we are the only makers of our fate. Bach tried to deliver this message to the Western mind. While Western people care too much about their physical bodies, Eastern civilization develops their spiritual and mental nature all the time. That is why they have more opportunities than Western population. It is all well reflected in the book.

One of the examples Bach uses to prove that any miracle can become true using the water metaphor. Walking on the water was always associated with some miracle only Jesus could handle. Here the author addresses Eastern philosophy once again. Bach tries to persuade his friend that water can be solid if we just think of it. We quickly adapt to wonders. In less than a minute of imagining made him think

So, perhaps, it's our wicked mind that makes a lot of things in this world impossible?

At the same time, the author performs some kind of blasphemy positioning his character as Jesus or one’s personal God. It contradicts with Western ideology that stands for the faith in one universal God and generally accepted norms. Having a God in yourself refers rather to the eastern ideology. As we know, people from the East all have strong faith and own gods, but they still exist on the spiritual level. It doesn't limit their abilities. Eastern civilization believes in the power of a man more than Western does.

On the other hand, it is difficult to understand whether the author poses Donald or himself as a true messiah. The story with the girl who feared to fly presented Don in the halo light. Also, Bach noticed this halo at their first meeting. Richard tries to teach things to Don that he needs to learn the most. It appears that Shimoda still has more influence and internal wisdom. To my mind, Shimoda reflects Eastern outlook more than Richard, who is still captured with Western limitations and beliefs. But he learns the truth throughout the book. It expands the boundaries of his mind. The spirit of East is also represented by the wings, the will to fly. That is why the author picks biplane as the transport for the main characters’ journey to self-actualization and development.

Bach's Illusions can help us finally perceive reality as it is through understanding of its meaning in our lives. You should know that the entire book is highly metaphorical, so it hides the significance and essence of the author’s thoughts. The wisdom of the author can be contemplated only after releasing our minds from the ethical and moral chains we create. A reader just needs to set his imagination free to get to the main point.

Check these samples - they also fit your topic
We use cookies to create the best experience for you. Keep on browsing if you are OK with that, or find out how to manage cookies.
✕
No time to search? Let us find papers for you. It’s FREE!
Contact Us