Comments (0)
Add to wishlistDelete from wishlist
Cite this document
Summary
In the essay “Game Theory” the author looks at game theory, which deploys a mathematical model that shape the outcome of the war with the stage provocation. Several instances occur when Israeli deceives and use the U.S. Among such instances are the U.S war against Libya and war against Iraq…
Download full paperFile format: .doc, available for editing
HIDE THIS PAPERGRAB THE BEST PAPER93.8% of users find it useful 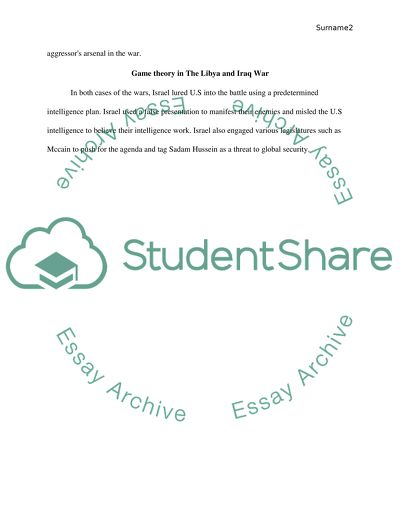 Let us find you another Essay on topic Game Theory for FREE!