Comments (0)
Add to wishlist Delete from wishlist
Cite this document
Summary
The main idea of this study under the title "Youth Homelessness in the United Kingdom" touches upon understanding the meaning of the various types of homelessness. Also, thorough research on the statistics of homelessness has also been discussed…
Download full paper File format: .doc, available for editing
HIDE THIS PAPERGRAB THE BEST PAPER95.1% of users find it useful 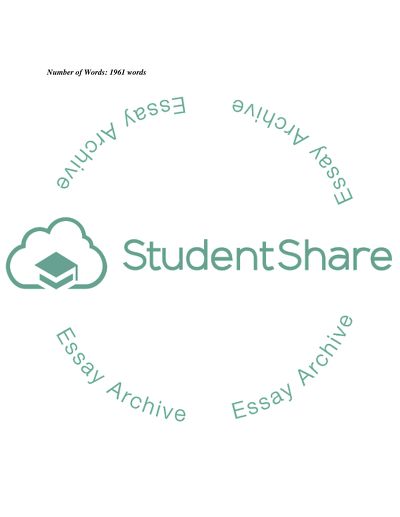 Extract of sample "Youth Homelessness in the United Kingdom"

Download file to see previous pages
According to the Homelessness Code of Guidance for Local Authorities - ODPM 2002, ‘Someone is statutorily homeless if they do not have accommodation that they have a legal right to occupy, which is accessible and physically available to them (and their household) and which it would be reasonable for them to continue to live in. It would not be reasonable for someone to continue to live in their home, for example, if that was likely to lead to violence against them (or a member of their family)’ (Tameside, 2006). Homelessness can be classified into four major groups:
a. Officially recognized: This group of households is people who apply for the authorities to be classified as homeless. These people might be legally homeless however for them to be recognized as homeless it is important that they apply to the state to be classified as such.
b. Legally Homeless: a household without accommodation entitled to them for occupation, or even if they have an occupation but cannot afford to occupy the accommodation will fall into the legally homeless category.
c. Statutory Homeless: Most households are required to receive housing facilities. These households are eligible for assistance from the authorities and are homeless unintentionally. Also, these households fall into priority needs groups.
However, it is essential to understand the difference between homelessness and rough sleeping. Rough sleepers classify as homeless and meet all the criteria for homelessness as per the legal definition. However, homelessness is much wider than the rough sleeping. Rough sleepers do not have shelter or adequate accommodation.
There have been a number of households that have been homeless. Between 2008 October and December 2008, the number of people who fell under the homeless category was reduced by almost 21% as compared to the same period of 2007. The number of acceptances for homelessness was at the highest levels during 2003 – 2004 (see Figure 1). There has been a drastic drop of almost 62% over the years until 2008. ...Download file to see next pages Read More
Share:
Tags
Cite this document
(Youth Homelessness in the United Kingdom Research Paper, n.d.)
Youth Homelessness in the United Kingdom Research Paper. Retrieved from https://studentshare.org/people/1555244-literature-review-of-youthyoung-people-homelessness-uk

“Youth Homelessness in the United Kingdom Research Paper”, n.d. https://studentshare.org/people/1555244-literature-review-of-youthyoung-people-homelessness-uk.
Comments (0)
Click to create a comment or rate a document

CHECK THESE SAMPLES OF Youth Homelessness in the United Kingdom

It is estimated that 3.4 million more young people cast their ballots in this election than in the election of 2004, and the surge in youth turnout accounts for at least 60 percent of the total increase in voter participation in 2008. Voters under the age of 30 increased their share of the overall electorate to 18 percent, up to one percentage point from the previous 1996 to 2004 elections, according to the National Exit Polls (NEP) conducted by Edison and Mitofsky. (Pawlenty, 2008, p. 2) The impact of the youth vote proved crucial in claiming the battleground states of Florida, Ohio, and Virginia. Thanks to the youth vote, these electoral college vote-rich states were successfully converted to blue (Democratic) states (Bell, 2008...
11 Pages (2750 words) Assignment

A local area of Ofsted provides this organization with a perfect opportunity to inspect children and young people and contribute much to develop social networks. The concept of social capital is a key concept, which determines the Coalition Government’s aspirations for a Big Society development. It is relevant to distribute power "from the state to society; from the center to local communities, giving people the opportunity to take more control over their lives" (An investigation into the delivery of Integrated Youth Support Services (IYSS) in England: Headline findings from quantitative data collection, July 2010). Youth organization works in three main directions: participation in education, employment, and training. Young...
6 Pages (1500 words) Coursework
sponsored ads
Save Your Time for More Important Things
Let us write or edit the research paper on your topic "Youth Homelessness in the United Kingdom" with a personal 20% discount.
GRAB THE BEST PAPER

Let us find you another Research Paper on topic Youth Homelessness in the United Kingdom for FREE!