Comments (0)
Add to wishlistDelete from wishlist
Cite this document
Summary
The paper "Impact of Racial Relations in America on the Development of Jazz" states that the acceptance of Jazz as music devoid of racial affiliations is perhaps to a great extent indicative of the dilution of the racial repression and an increasing affinity between the diverse races in contemporary America…
Download full paperFile format: .doc, available for editing
HIDE THIS PAPERGRAB THE BEST PAPER94.9% of users find it useful 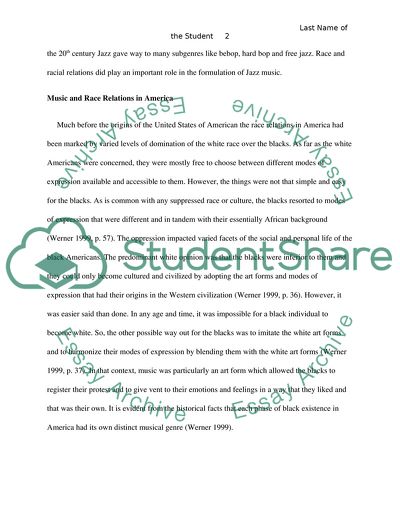 Let us find you another Coursework on topic Impact of Racial Relations in America on the Development of Jazz for FREE!