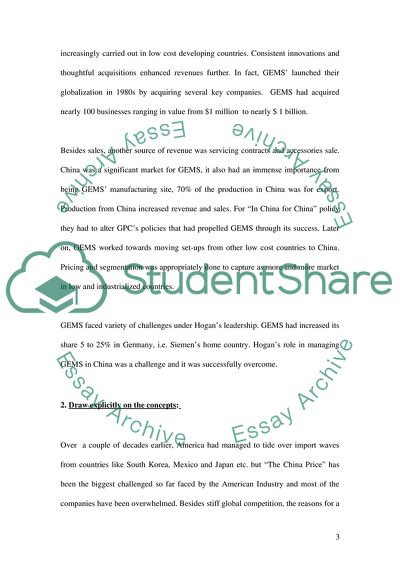 Let us find you another Case Study on topic General Electric Medical Systems for FREE!