Comments (0)
Add to wishlistDelete from wishlist
Cite this document
Summary
Director Remuneration: Case Study 1. In many jurisdictions including UK, public limited companies are required to establish a remuneration committee in order to deal with executive directors’ remuneration. The remuneration committee is a ‘sub-committee of board of directors’ (Bender & Porter 2003)…
Download full paperFile format: .doc, available for editing
HIDE THIS PAPERGRAB THE BEST PAPER92.5% of users find it useful 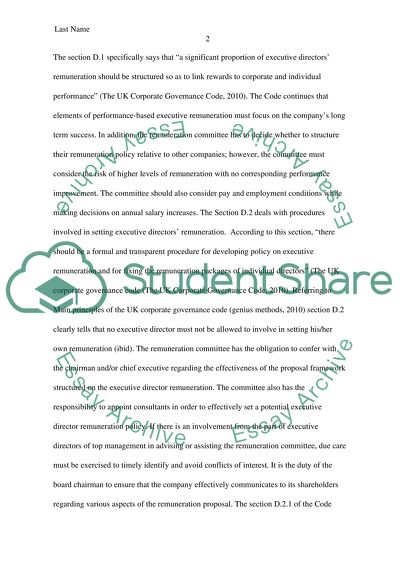