How Bismarck used wars to bring about the creation of the new German state.Why was Bismarck successful in unifying Germany when the revolution of 1848 failed to do so - Essay Example

Comments (0)
Add to wishlistDelete from wishlist
Cite this document
Summary
Prussia not only became the most powerful and foremost constituent of new Germany, but he made sure that authoritarian rule was…
Download full paperFile format: .doc, available for editing
HIDE THIS PAPERGRAB THE BEST PAPER96.6% of users find it useful 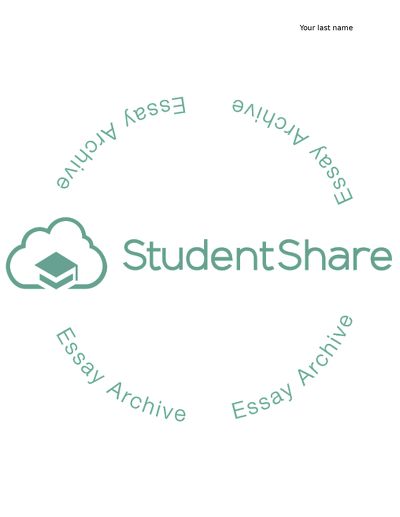 Extract of sample "How Bismarck used wars to bring about the creation of the new German state.Why was Bismarck successful in unifying Germany when the revolution of 1848 failed to do so"

How Bismarck used wars to bring about the creation of the new German Why was Bismarck successful in unifying Germany when the revolution of 1848 failed to do so?
Your Last Name
History and Political Science
Instructor Name
11/16/2012
How Bismarck used wars to bring about the creation of the new German state. Why was Bismarck successful in unifying Germany when the revolution of 1848 failed to do so?
Bismarck used the Prussian military and diplomacy both to accomplish unification in Germany, but excluded Austria from the area of unified Germany. Prussia not only became the most powerful and foremost constituent of new Germany, but he made sure that authoritarian rule was implemented in Prussia.1
The Revolution of 1848 failed to unite Germany or to give birth to the constitutionally united Germany. It was due to the fact that the monarch of Prussia, Frederick William IV declined to take the crown which was presented to him by Frankfurt Assembly. He devised his own plan to unify Germany, which called for an establishment of a Prussian Union. At that time, Austria was not willing to recognize a united Germany predominated by Prussia. Thus, a meeting was held at Olmutz by Austrians n the November of 1980 which was torn down by Prussians and thus the contract of Prussian Union was given up. This meeting is seen by the Prussian historians as a disgrace of Olmutz. Significantly, the Prussians were more dominant in Zollverein operations and thus the Germans created a union in 1834 to renaissance to free trade. The five German states, comprising Austria, were not part of Zollverein by 1854. Thus, economic empowerment of Prussia was guaranteed again.2
But, this dominance was achieved by Otto von Bismarck during the era of 1815-1898 for Prussia. He was selected as the President in 1862. He inherited the Prussian nobility or better known as Junkers from his father’s side. A highly conservative person, he succeeded to many diplomatic posts. The times of constitutional crisis marked the beginning of his prime minister career. William I (1861-1888), who was a regent since the year 1858, became the then Prussia King in the year 1861 after his brother’s death. This new king was contemptuous towards army receiving more funds and also was disdainful towards the lower house of legislature. King was reluctant to support the established military and wanted to build up his own army. But, he needed tax revenues for this endeavor. Parliament refused to this notion. Thus Bismarck decided to receive taxes somehow, without the parliamentary consent. The loyal people of Prussia paid the taxes; and the King with Bismarck’s assistance gave birth to a new army. 3
Bismarck needed a strong military because according to him, military power was more than the power of masses. He blew off the liberal constitutionalism as shown by the Frankfurt Assembly. Being a pragmatist, he devised that force was the ultimate success factor; and being a conservative it bolstered his idea. He was sure that war was the ultimate path to unification of Germany and history proved it to be true. By urging a war, he would not include Prussia in united Germany as it was a grim rival to the direction United Germany wished to take. He made use of wars against the French to provoke patriotism in Germany. War does bring every nation together. By using war as a tool for unification, he succeeded in his plan.4
Works Cited
Kehoe, Thomas J., Lawrence D. Hogan, and Jose M. Duvall. 1994. Exploring Western civilization: 1600 to the present. Dubuque, Iowa: Kendall/Hunt Pub.
Noble, Thomas F. X. 2002. The foundations of Western civilization. Chantilly, VA: Teaching Co. Read More
Share:
Tags
Cite this document
(“How Bismarck used wars to bring about the creation of the new German Essay”, n.d.)
How Bismarck used wars to bring about the creation of the new German Essay. Retrieved from https://studentshare.org/history/1608627-how-bismarck-used-wars-to-bring-about-the-creation-of-the-new-german-statewhy-was-bismarck-successful-in-unifying-germany-when-the-revolution-of-1848-failed-to-do-so

“How Bismarck Used Wars to Bring about the Creation of the New German Essay”, n.d. https://studentshare.org/history/1608627-how-bismarck-used-wars-to-bring-about-the-creation-of-the-new-german-statewhy-was-bismarck-successful-in-unifying-germany-when-the-revolution-of-1848-failed-to-do-so.
Comments (0)
Click to create a comment or rate a document

CHECK THESE SAMPLES OF How Bismarck used wars to bring about the creation of the new German state.Why was Bismarck successful in unifying Germany when the revolution of 1848 failed to do so

Otto von Bismarck as a statesman

.... It brought Germany state together resulting to modern German state excluding Austria. After that instrumental in the creation of what was then in German empire and he was named a chancellor Using his diplomatic authority, he made important and progressive decisions at home and worked to keep peace abroad. End of an Era His brilliant steering of these factors without even arousing hostility from Prussia's neighbors was the epicenter of the German Unification, and this would have quite possibly not have happened without Bismarck putting things in place, no matter The end of...
13 Pages(3250 words)Term Paper

...before the Napoleon’s domination. Prussia won as it was better organized and more progressive even though Austria had a larger territory. Prussian leader, Otto von Bismarck, is known to have led Prussia to Germany’s unification. He managed to bring reforms to Germany and strengthened its economic and military power. Later it helped Germany to win the war against France, which is known as the Franco-Prussian war in which the victory was on Prussian side. This showed how Otto von Bismarck had trained his army giving the military the up-to-date equipment and weapons to pursue the idea of...
7 Pages(1750 words)Essay

The Concept of Failed State, New War and New Terrorism

...is no longer valid, and balance of power is determined by totally new and different factors altogether. Our purpose is to determine the extent to which “new war” and “new terrorism”are responsible for state failure or “failed states”, and to do this a clear definition and understanding of all the three terms is essential. Failed states have been defined by various theorists differently. For the purposes of our discussion, we will consider the theories of “failure to deliver political goods” and “emerging anarchy”. The author of books like State...
6 Pages(1500 words)Essay

How and how extensivley did German Nationalism grow between 1848-71

...to the highest good of the nation as a whole.3 In his national system of political Economy list explained the genesis of the national idea in his own mind. Hans Kohn described list as father of German economic nationalism but at the same time as one of the most extreme of Pan-German imperialists. Reasons for his judgment may be in the transformations of German political life from the unsuccessful liberal attempt to unify the Germanies in the revolution of 1848 to the blood and iron policy of Otto Von Bismarck. In the struggle between a steadily intensifying nationalism in the Bismackian power-mold...
4 Pages(1000 words)Essay

...it and “the creation of Germany’s colonial empire proceeded with the minimum of friction” (Crankshaw, 395) However as a hole his love for peace over war gets depicted through his words at the context of Bulgarian Crisis (1888) when at the brink of an European War he said “At the end of the conflict we should scarcely know why we had fought.”. (Ludwig, 73) Bismarck as a visionary leader Bismarck’s foresight gets depicted through his foreign policy. His alliance with different foreign nations in order to isolate Austria and France and his formation of three emperor league are a few examples of that. As a...
11 Pages(2750 words)Essay

The Real World of Management

...by majority decisions and speeches but by iron and blood.Bismark sees the use of speech as the worst mistake that Germany could have made between 1848 and 1849. In the past, German comprised of various principalities that were bound loosely as German confederation members. The chapter reveals how Bismark was able to employ both the Prussian military and diplomacy to be unified. However, Austria was not included in the unification of Germany. This made Prussia the strongest and most dominant state in new Germany. Furthermore, it was able to ensure that...
7 Pages(1750 words)Book Report/Review

...democratic constitution failed and Germany started rapid industrialization (BBC, 2014). 1871 – Unification of Germany The union of Germany was regarded as the key objective of the revolution that happened during 1848. The official unification of Germany into a governmentally and managerially combined nation formally occurred in the year 1871. It was an important event in the history of Germany where revolutionaries stressed on forming various state governments for an administrative assembly that would possess the accountability to form a constitution. As a consequence, Prussian...
9 Pages(2250 words)Assignment

15 Pages(3750 words)Term Paper
sponsored ads
Save Your Time for More Important Things
Let us write or edit the essay on your topic "How Bismarck used wars to bring about the creation of the new German state.Why was Bismarck successful in unifying Germany when the revolution of 1848 failed to do so" with a personal 20% discount.
GRAB THE BEST PAPER

Let us find you another Essay on topic How Bismarck used wars to bring about the creation of the new German state.Why was Bismarck successful in unifying Germany when the revolution of 1848 failed to do so for FREE!