Comments (0)
Add to wishlistDelete from wishlist
Cite this document
Summary
From the paper "Energy Emergency in the UK" it is clear that many people possess the same thinking as that of the scientist, James Lovelock, in the case ‘Energy Policy’.  They feel that nuclear energy can be the only answer towards the anticipated energy crisis in future…
Download full paperFile format: .doc, available for editing
HIDE THIS PAPERGRAB THE BEST PAPER97% of users find it useful 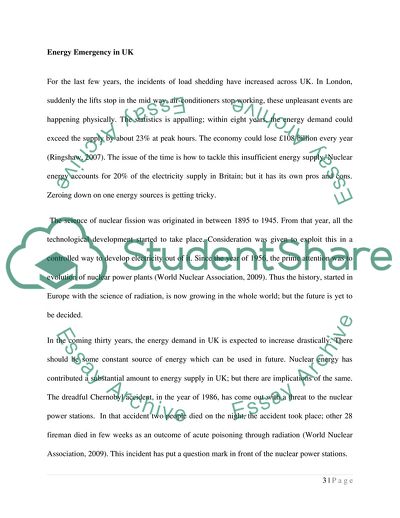 Extract of sample "Energy Emergency in the UK"

Let us find you another Case Study on topic Energy Emergency in the UK for FREE!