How would you vote:coral reef - Personal Statement Example

Comments (0)
Add to wishlistDelete from wishlist
Cite this document
Summary
Fish and other marine species rely on the reefs for food and shelter. Humans benefit from coral reefs too because it protects the coastlines from the hazardous effects of storms and prevents coastal…
Download full paperFile format: .doc, available for editing
HIDE THIS PAPERGRAB THE BEST PAPER98.6% of users find it useful 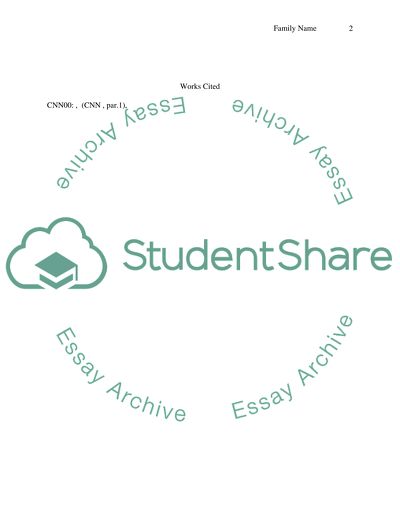 Extract of sample "How would you vote:coral reef"

Coral Reef Coral reefs are important to the balance of the ecosystem in the ocean. Fish and other marine speciesrely on the reefs for food and shelter. Humans benefit from coral reefs too because it protects the coastlines from the hazardous effects of storms and prevents coastal erosion. It also supports the fishing industry and provides attractions for tourists.
The Global Reef Monitoring Network has reported in 2000 that the world has already lost approximately 27 percent of its coral reefs (CNN , par.1). According to the report, the majority of the damaged reefs were found in the Persian Gulf, Indian Ocean, Southeast and East Asia, and the Caribbean/Atlantic.
Yes, the United States should participate in the preservation effort of coral reefs. In fact, all nations should help in the preservation of coral reefs, whether one uses a large or small amount of oil in the Persian Gulf. The Persian Gulf nations also have a responsibility to preserve the reef ecosystem because they are the ones who greatly “profit” from it, being the largest producers of oil. Oil drilling in the gulf has resulted in the damage to these reefs.
Preservation of coral reefs should be a worldwide effort. Countries must unite to save these diverse and productive ecosystems. Nations should bond together to formulate strategies and policies on how to protect and conserve the coral reefs. The funding for the preservation should come from all nations which benefit from the use of oil from the Persian Gulf.
Works Cited
CNN. "Report: Many of the worlds coral reefs permanently lost." 11 December 2000. articles.cnn.com. 15 September 2011 . Read More
Share:
Tags
Cite this document
(“How would you vote:coral reef Personal Statement”, n.d.)
How would you vote:coral reef Personal Statement. Retrieved from https://studentshare.org/biology/1579982-how-would-you-votecoral-reef

“How Would You vote:Coral Reef Personal Statement”, n.d. https://studentshare.org/biology/1579982-how-would-you-votecoral-reef.
Comments (0)
Click to create a comment or rate a document

CHECK THESE SAMPLES OF How would you vote:coral reef

Given the emergent nature of online commerce, it is a tough task for retailers to develop a website that meets all expectations from consumers. This view is supported by a survey conducted by the UK’s largest e-consultancy Cap Gemini. The survey identified several key disadvantages for online shoppers. Some of these include “’ Availability’, ‘Can’t be in to receive delivery’, ‘Premium charged for delivery’, ‘Can’t see or feel the merchandise’, etc.” (Quader & Quader, 2008) These are not trivial complaints by any means and despite the e-retailing industry setting foot into its third decade in existence, there are no satisfactory solutions found for th...
6 Pages(1500 words)Literature review
sponsored ads
Save Your Time for More Important Things
Let us write or edit the personal statement on your topic "How would you vote:coral reef" with a personal 20% discount.
GRAB THE BEST PAPER

Let us find you another Personal Statement on topic How would you vote:coral reef for FREE!