Comments (0)
Add to wishlistDelete from wishlist
Cite this document
Summary
The paper "Ethical Issues On Cloning" states that Mr X should not proceed with his decision to proceed with human cloning since the outcomes of the cloning experiments are still controversial. The doctor’s opinions and arguments should be given priority while making a decision about human cloning…
Download full paperFile format: .doc, available for editing
HIDE THIS PAPERGRAB THE BEST PAPER92.8% of users find it useful 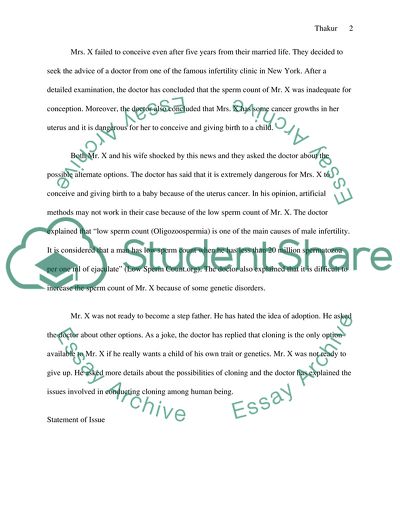 Let us find you another Case Study on topic Ethical Issues On Cloning for FREE!