German Civilization (Lesson 4: The Decline of the Weimar Republic and the Rise of the Nazi Party) - Essay Example

Comments (0)
Add to wishlistDelete from wishlist
Cite this document
Summary
The notion ‘stab-in-the-back’ by General Ludendorff refers to the claim that the German army had not been defeated by the enemy, but their loss was because of the revolutionary forces which were inside Germany. This was a belief that some civilians on the home front betrayed…
Download full paperFile format: .doc, available for editing
HIDE THIS PAPERGRAB THE BEST PAPER93.3% of users find it useful 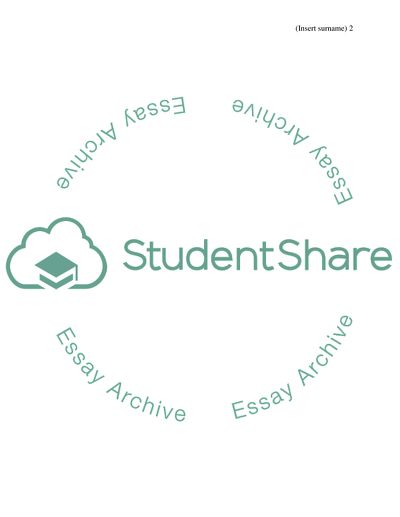 Extract of sample "German Civilization (Lesson 4: The Decline of the Weimar Republic and the Rise of the Nazi Party)"

CHECK THESE SAMPLES OF German Civilization (Lesson 4: The Decline of the Weimar Republic and the Rise of the Nazi Party)

...Judea Declares War on Germany & Benjamin Freedman Speech Benjamin Freedman’s version of history was completely out of synch with the history as we all have known it. In his version, he squarely puts the blame on Zionist Jews for the US going into World War I, for the German violence against the Jews before and during World War II. He even predicted an impending World War III in the 1960s because of the Jews. It is very difficult to believe that it was the Zionist Jews who maneuvered the US government into joining World War I. Was it not because of the historically close relationship between Great Britain and the US, the naked aggression and atrocities done by the Germans that instigated our leaders then...
2 Pages(500 words)Essay

...that they could get those promises fulfilled. The impoverished small farmers, skilled workers, peasants, and rural traders were promised a reconstruction of farming enterprises and abolition of numerous taxes. The Nazis referred to peasants as having true German blood with true German life yet they had been shamefully been ignored by the Republic of Weimar. Hitler convinced them that the Nazi government would consider them as the most useful people in Germany. The rural Germans were at the climax of starvation and bankruptcy and embraced these promises. The Nazi party through these...
7 Pages(1750 words)Essay

Weimar and the Rise of the Nazi Party

... economic crisis in 1929 helped the Nazi party ascend to German’s leadership. The popularity of the party developed when the majority of German population suffered from high levels of unemployment and declining levels of living standards which increased their resentment toward Weimar system of government. References Davidson, E. (1978). The making of Adolf Hitler: The birth and rise of Nazism. New York: Macmillan publishing company. Kershaw, I.(1998). Hitler 1889-1936 hubris. London: Longman Publishers. Nicholls, A. (2000). Weimer and the rise of Hitler. London: MacMillan Press.... to the deplorable economic conditions and high unemployment level, the Nazi party enhanced its appeal especially among the...
3 Pages(750 words)Essay

... Task: Gothic architecture Art is a creative oriented entity that relies on beauty as part of the whole package. However, beauty is a factor that depends on an audience’s perception. The most essential part of art regards the idea that it should be original. This is characteristic of Gothic architecture that sought to deviate from the norm of preceding architecture. The architecture was a fusion of several elements that transcends above classical and renaissance elements. It was a robust influence that spread throughout Europe. The core part of the style pertained to the idea that it was an absolute German idea. This was revealed through the works of many craftsmen and artists. The Gothic architecture had a fundamental effect... Task: Gothic...
3 Pages(750 words)Essay

The rise and fall of Nazi Germany

...the inflation that had affected the nation after the war. Overall, Adolf Hitler and the Nazi Party were able to use the mistrust that the Germans had on the Weimar Republic and the need of having a strong leader who would solve the problems that afflicted the country (Giblin 33). In effect, the people identified with the Nazi Party and they saw such a leader in the strong character posited by Adolf Hitler. In this case, Hitler appeared as the leader who would solve all the afflictions that the country faced and he was the leader who would take the country to the prosperous heights that the citizens yearned to attain....
7 Pages(1750 words)Term Paper

Describe the different perspectives used to explain the process of childrens development,to what extent can child development be seen as a natural process

What caused Weimar German to suffer such extreme economic dislocations

...to underscore that the electoral collapse is not because of the misguided motives of one group of people or individuals within the Weimar’s democratic government. According to Brown (1995), there are always problematic groups in any and all electoral systems; but all systems do not fail and that Weimar’s failure is due to its poor grounding from the beginning.3 This argument leads to the economic dimension to such collapse. This is demonstrated in the way the Nazi Party was catapulted to power. During the Weimar regime, there were a total of eight elections: 1) June 6, 1920, 2) April 15, 1924, 3) July 11, 1924, 4) May 20, 1928, 5)...
18 Pages(4500 words)Essay

Freud's interpretation of the dream of Irma's Injection

...Xiaowen Wang ID:14176005 Email:xwc87@mail.mizzou.edu German Civilization 09/28 German Civilization THESIS MENT The essay emphasizes the history of Germany relating to different expansionism that include military, industrial and colonial in the Wilhelmine period that forced Germany and Europe down the path toward war in 1914. Additionally, the discussion focuses on sociopolitical as well as cultural factors that are accounting for the war. In this regard, arguments are presented with the aim of ascertaining the truth of the statements that are made by historians about the fact that Germany was responsible for the outbreak of World War I. INTRODUCTION "The Holy Roman...
4 Pages(1000 words)Essay

... was in the year 1856. Conclusion Politics can play a very crucial role in the development of a country. The principles that were laid down by the Whig party such as the construction of roads to connect the states played a very key re in improving the transport system in the United States. Even though the party faced opposition from other parties that were not of a similar opinion the contribution of the party was paramount. Work Cited Grattan, Thomas Colley. "POLITICAL PARTIES." Civilized America. Vol. 1. London: Bradbury and Evans, 1859. 294-307. Print. Mark, Groen. "The Whig Party and the Rise of Common Schools, 1837-1854." American Educational History Journal 35.1 (2008): 251-60. ERIC. Ipswich. Web. 2 Nov. 2014.
sponsored ads
Save Your Time for More Important Things
Let us write or edit the essay on your topic "German Civilization (Lesson 4: The Decline of the Weimar Republic and the Rise of the Nazi Party)" with a personal 20% discount.
GRAB THE BEST PAPER

Let us find you another Essay on topic German Civilization (Lesson 4: The Decline of the Weimar Republic and the Rise of the Nazi Party) for FREE!