Comments (0)
Add to wishlistDelete from wishlist
Cite this document
Summary
The first installment of this six part miniseries details many of the events that led to the Revolutionary War and the birth of the United States of America. Beginning in 1760s when British colonists in the New World were proud British citizens, with no desire of ever being…
Download full paperFile format: .doc, available for editing
HIDE THIS PAPERGRAB THE BEST PAPER98.3% of users find it useful 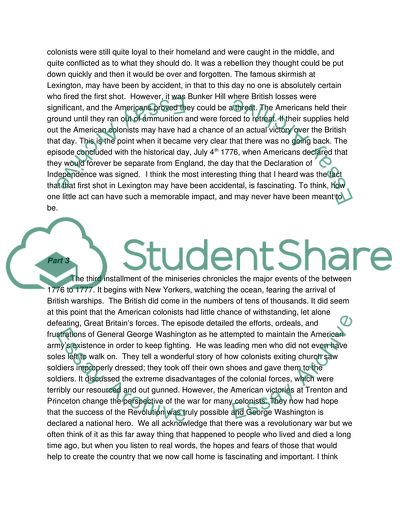