Comments (0)
Add to wishlistDelete from wishlist
Cite this document
Summary
It can be defined as a legal procedure where an individual is killed by the state to serve as a punishment for a particular crime. 1 Capital crimes or offenses are crimes that can lead to this form of punishment…
Download full paperFile format: .doc, available for editing
HIDE THIS PAPERGRAB THE BEST PAPER91.2% of users find it useful 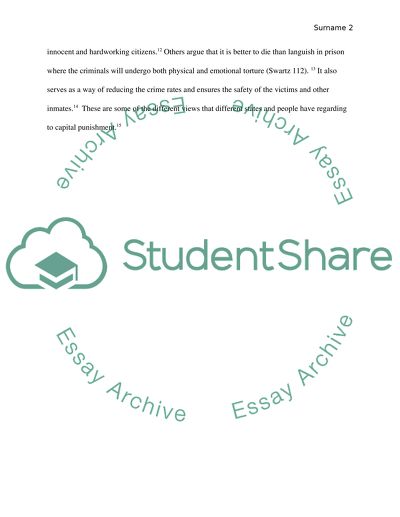