Comments (0)
Add to wishlistDelete from wishlist
Cite this document
Summary
1) By participating in a cause-marketing event such as Project (RED), the company has actually achieving and fulfilling the four components of corporate social responsibilities. They make profit for their business, in a legal and ethical behavior, and also being a good corporate…
Download full paperFile format: .doc, available for editing
HIDE THIS PAPERGRAB THE BEST PAPER97.9% of users find it useful 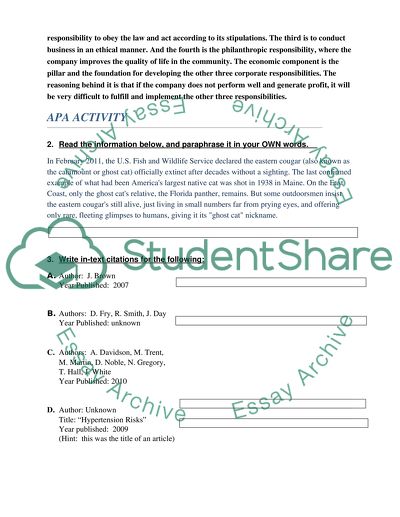