Comments (0)
Add to wishlistDelete from wishlist
Cite this document
Summary
The main purpose of this paper is to answer the question of how the promotion strategy affects customer purchase. The author provides a Powerpoint Presentation summary describes critical thinking and developing a scholarly argument, techniques for critical reading…
Download full paperFile format: .doc, available for editing
HIDE THIS PAPERGRAB THE BEST PAPER96.8% of users find it useful 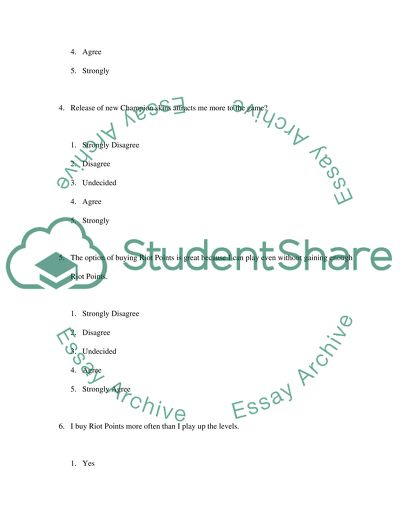 Extract of sample "Techniques for the Promotion Strategy"

Download file to see previous pages Critical thinking would lead to building an alternative logical explanation for a cause thereby helping invalidation or rejection of an argument on solid grounds.
Critical reading of any article helps us “assess the value of the work it reports” (Wallace & Wray, 2011, p. 4).
Although academic writing is generally much benign, readers should look out for hidden layers in an academic text. By making a critical reading of a text one should be able to understand what a text means and how a text works by analyzing the information, interpreting the knowledge received and evaluating the inference drawn. Before reading the article one has to follow two steps, survey, and questions; firstly, to look over the whole article, check the major heading and sub-headings and read the introduction and summary closely. Secondly, one should note down the main points that the author tries to make, by formulating ‘wh-questions’ and reading to answer them. The third and fourth steps require reading the text carefully for meanings and reciting the text after reading so as to mark the points of doubt. Reciting is done to make sure the problem areas have to be paid greater attention and reread the parts required. The last step is to review the article which helps one to reflect on it and remember it for a long time. Critical reading involves “recognizing an author’s use of propaganda” (Anthony & Manzo, 1990, p. 253) in the article and invokes value-based reasoning.
Structuring and Signposting your writing
The structure of an argument shows the relationship between the ideas contained in the argument and the pattern of their presence in the text. It is understood from the structure of the piece whether proper sequencing is done while presenting the ideas and whether they are interconnected. More space given to the most important idea in the article increases the value of the article and makes it interesting to read. Signposting is an important part of an article, especially, if it a long one such as a thesis or a report (Johnson, 1994). It is actually a method of indicating changes of direction of the argument. The indicators can be paragraphs, directional phrases (introductory and concluding), punctuation marks and sub-headings. Good signposts help to provide a clear structure of the analysis presented in the article so that busy readers might grasp the logic quickly and draw transparent conclusions (Dernbach, 1994, p. 140).
Learning from experience and assessing your professional value
Individuals acquire different skills at the time of performing different activities. Such skills can be applied at the workplace which might be of immense help in carrying out a job responsibility. Transferable skills enhance the employability of the job seeker. For example, as a sportsperson, one learns punctuality and discipline while doing various educational projects one improves on her communication and problem-solving skills. One learns the value of teamwork, time management and networking which she can gainfully apply at the workplace. For a person who is posting her first job application, transferable skills work as the experience gained, from involvement in activities in the university campus and also volunteering in other social activities. Employers look for different sets of skills and values in their potential employees. ...Download file to see next pagesRead More
Share:
Tags
Cite this document
(Techniques for the Promotion Strategy PowerPoint Presentation, n.d.)
Techniques for the Promotion Strategy PowerPoint Presentation. Retrieved from https://studentshare.org/education/1466105-questionnaire-design-exercise-learning-journal

“Techniques for the Promotion Strategy PowerPoint Presentation”, n.d. https://studentshare.org/education/1466105-questionnaire-design-exercise-learning-journal.
Comments (0)
Click to create a comment or rate a document

CHECK THESE SAMPLES OF Techniques for the Promotion Strategy

Health promotion must emphasise both the mental and physical aspects of health because many physical manifestations of the disease have their roots in mental and psychological distress. This brief essay presents an examination of health promotion efforts designed to contain eating disorders, which are physical manifestations arising out of mental and psychological burdens imposed mostly by peers in schools. A discussion about eating disorders, which represent disorders with psychological roots, should assist in encouraging communities to inculcate respect for the individual, tolerance and harmony together with education to empower the individual.
It is important to have positive attitudes about health. Healthy nations are lik...
6 Pages(1500 words)Coursework
sponsored ads
Save Your Time for More Important Things
Let us write or edit the powerpoint presentation on your topic "Techniques for the Promotion Strategy" with a personal 20% discount.
GRAB THE BEST PAPER

Let us find you another PowerPoint Presentation on topic Techniques for the Promotion Strategy for FREE!